Coronavirus: What’s happening in Canada and around the world on Thursday

U.S. President Joe Biden said on Wednesday decisions to end the required wearing of masks — such as those by the governors of Texas and Mississippi — amounted to “Neanderthal thinking,” given the rising death toll from the coronavirus pandemic.

Asked if he had a message for Texas and Mississippi, Biden told reporters, “I think it’s a big mistake. Look, I hope everybody’s realized by now, these masks make a difference.”

Cases in the U.S. have declined from peaks seen earlier this year, but remain above 50,000 a day — even after the government has distributed more than 100 million doses of vaccine, putting shots into more than 50 million arms, according to federal data.

The U.S. alone has seen more than 28.7 million reported cases of COVID-19 and more than 518,000 recorded deaths, according to a tracking tool maintained by Johns Hopkins University.

Biden’s comments about masks came as the Senate delayed the start of debate on the president’s $1.9-trillion US COVID-19 relief bill until at least Thursday after reaching a deal to phase out $1,400 payments to higher-income Americans in a compromise with moderate Democratic senators.

The Democratic-controlled Senate is hoping for a final vote later in the week on passage of Biden’s top legislative priority. Before the bill hits the chamber floor, Democrats are negotiating limits to a measure Republicans have attacked as wasteful.

The bill would pay for vaccines and medical supplies, boost jobless assistance and send a new round of emergency financial aid to households, small businesses, and state and local governments. Democrats aim to get it to Biden to sign into law before March 14, when some current benefits expire.

“The plan that we are going to vote on this week is going to provide real, robust relief for all of us,” Senate Majority Leader Chuck Schumer said.

On Wednesday, McConnell called it a “vast catalogue of liberal spending” and a partisan “smorgasbord of borrowed money” packed with “crazy provisions” unrelated to the pandemic, which has killed more than 517,000 Americans and left millions more jobless.

WATCH | The science behind delaying the 2nd dose of COVID-19 vaccines: 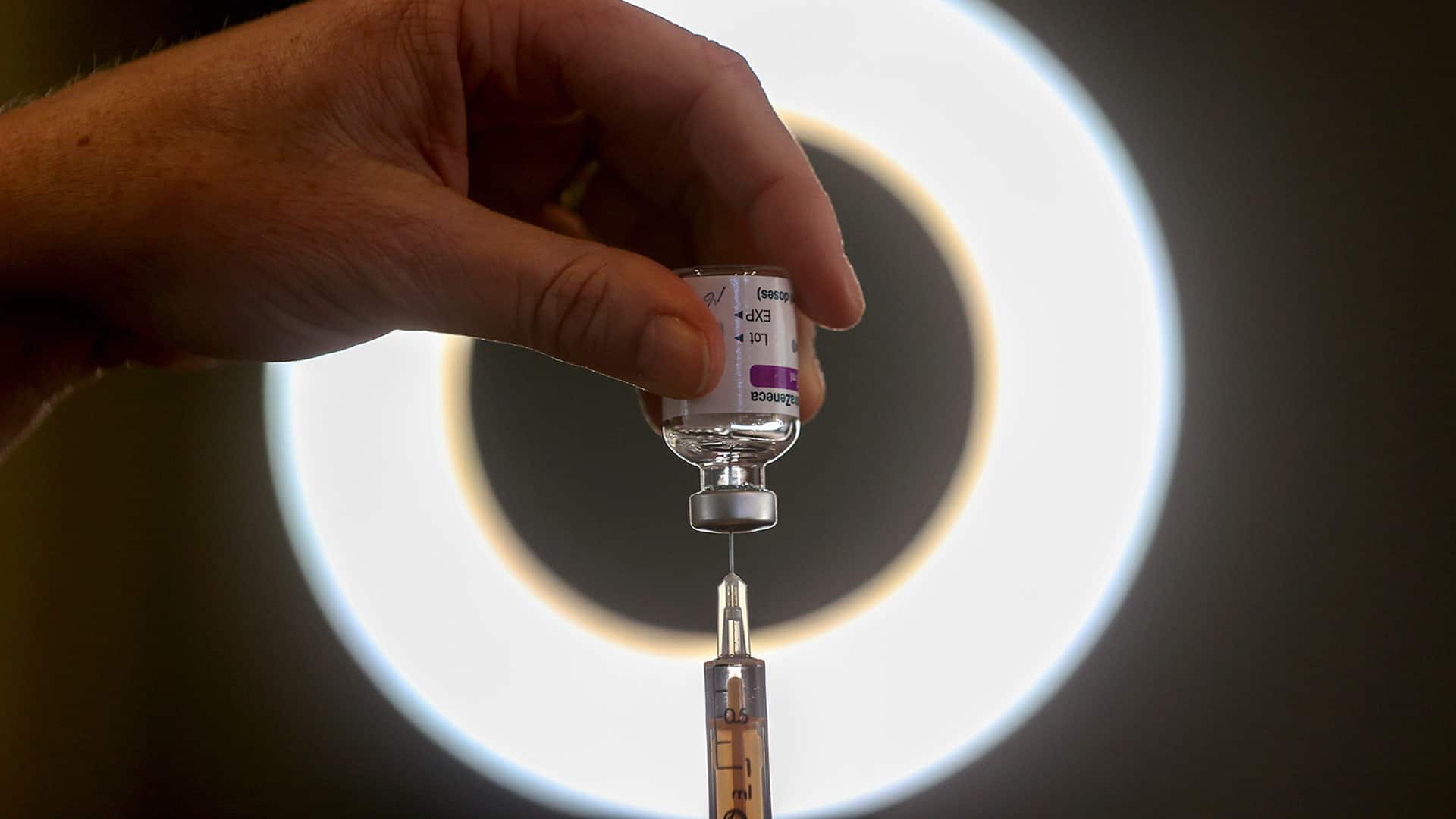 Federal government scientists have put their support behind delayed second doses of COVID-19 vaccines — which several provinces were already doing — and ongoing research shows some of the benefits of the adapted strategy. 2:04

In Atlantic Canada, Newfoundland and Labrador reported three new cases of COVID-19 on Wednesday — but health officials also reported the most recoveries ever recorded in a single day in the province, bringing the number of active cases to 149.

There were also three new cases of COVID-19 reported Wednesday in both Nova Scotia and New Brunswick, with one new case reported in Prince Edward Island.

In Quebec, officials announced next steps around easing restrictions on Wednesday, saying the province will be moving more regions into the lower “orange” pandemic-alert level, including Quebec City and the Eastern Townships, starting on March 8.

Premier François Legault said the greater Montreal area will remain in the highest “red” level, because of fear of novel coronavirus variants.

The province reported 729 new cases of COVID-19 Wednesday and 19 additional deaths. Health officials said hospitalizations dropped to 618 and the number of people in intensive care dropped to 120.

WATCH | How businesses and schools use rapid COVID-19 tests: 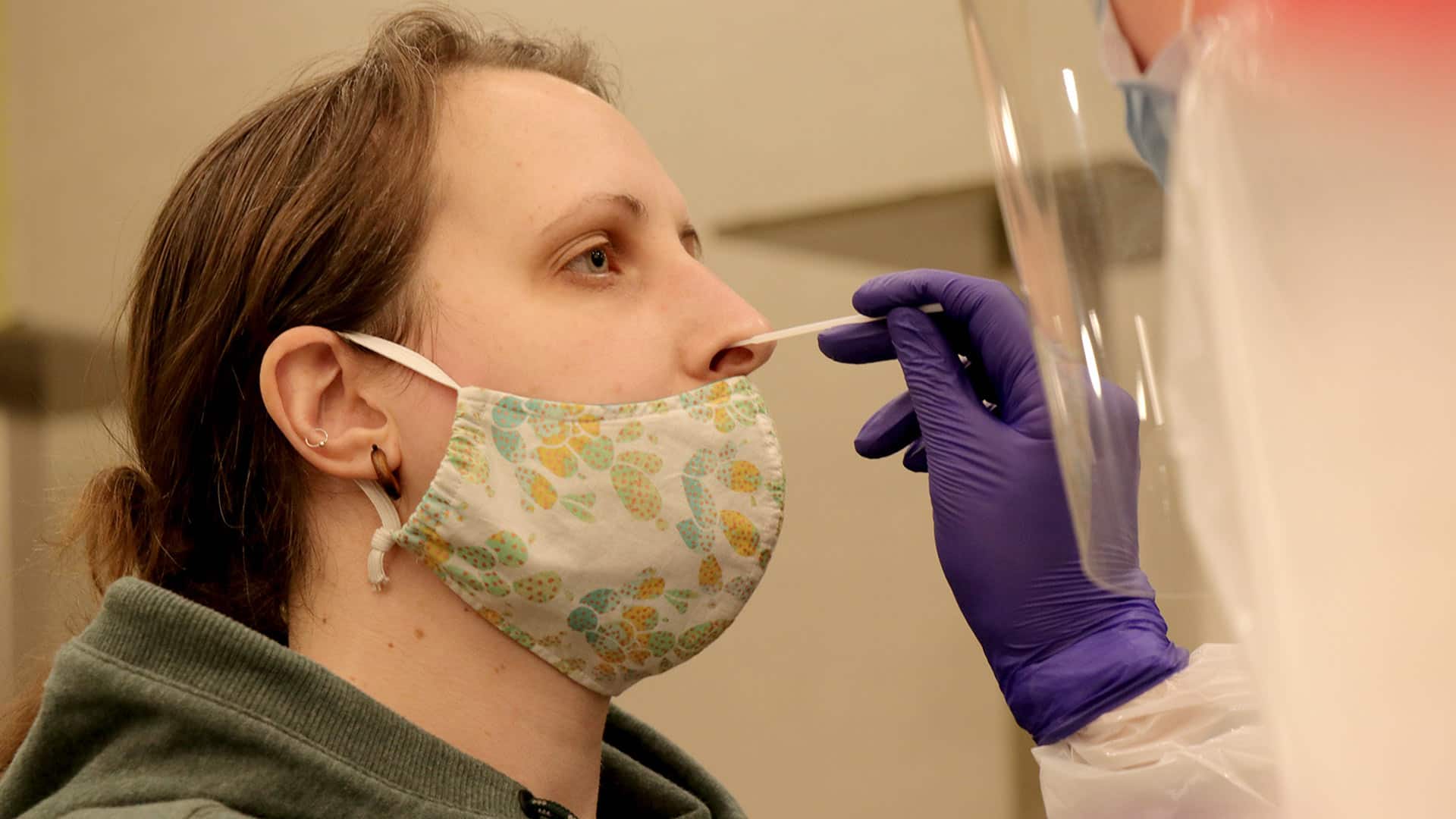 Many businesses and schools across Canada are utilizing rapid COVID-19 tests and onsite testing technology to help catch asymptomatic cases and prevent spread of the virus. 7:41

In Alberta, meanwhile, health officials reported 402 new cases of COVID-19 and 12 additional deaths. The province said there were 251 people in hospital with the illness, with 48 in intensive care units.

British Columbia on Wednesday reported 542 new cases of the illness, along with seven more deaths. Hospitalizations in the province stood at 246, with 64 COVID-19 patients in intensive care.

The update came as health officials in the province said it was pleased with a national vaccine panel’s endorsement of its approach to wait up to four months before a second dose of COVID-19 vaccine is offered.The Council of Chief Medical Officers of Health has also given its nod to the province’s four-month interval between shots, up from 42 days.

Across the North, there were no new cases reported in Yukon, the Northwest Territories or Nunavut on Wednesday.

-From CBC News and The Canadian Press, last updated at 7 a.m. ET

As of early Thursday morning, more than 115.2 million cases of COVID-19 had been reported around the world, with more than 65.1 million listed on the Johns Hopkins University tracking site as recovered. The global death toll stood at more than 2.5 million.

In the Americas, Brazil’s second-biggest city of Rio de Janeiro will be the latest to adopt new COVID-related restrictions on Friday, including a night curfew, in a bid to slow a deadly second wave that is ravaging the South American country.

The city of 6.7 million people will impose a curfew from 11 p.m. to 5 a.m. and order restaurants to close at 5 p.m., while certain businesses, such as clubs, will be shut altogether, according to information published in the city’s official bulletin on Thursday.

While COVID-19 deaths and infections are falling globally, that is not the case in Brazil, where a record 1,910 people died from the virus on Wednesday. In response, various states and cities have adopted new restrictions on commerce in recent days, including the Federal District, home of capital Brasilia, and Sao Paulo state, Brazil’s most populous.

The new restrictions in Rio are due to last through March 11.

In Europe, the medicines regulator said on Thursday it has started a real-time review of the Sputnik V COVID-19 vaccine developed by Russia’s Gamaleya Institute for possible approval in the region.

The World Health Organization (WHO) is seeing a resurgence of cases in central and eastern Europe as well as a rise of new cases in several western European countries, the head of its European office said.

Chancellor Angela Merkel and German state leaders have agreed to a phased easing of coronavirus curbs along with an “emergency brake” to let authorities reimpose restrictions if case numbers spike again, while France is preparing for a possible easing of restrictions from mid-April.

Italy will administer a single vaccine dose to those who have already been infected with COVID-19, the health ministry said.

In Africa, Kenya received over a million doses of the AstraZeneca vaccine this week, while Rwanda said it was the first in Africa to secure shots from Pfizer.

Egypt, meanwhile, expanded its vaccination rollout to include the elderly and people with chronic diseases after several weeks of vaccinating medical staff.

In the Middle East, Iran remained the hardest-hit country in the region, with more than 1.6 million cases COVID-19 and more than 60,000 reported deaths.

In the Asia-Pacific region, Sri Lanka’s drug regulatory body has approved the Russian Sputnik V vaccine as the second available for use in the Indian Ocean island nation.

Preliminary data released by the Bank of Korea on Thursday showed that the country’s gross domestic product last year contracted 1 per cent from 2019. It marked the first annual contraction for the country’s economy since 1998, when it was in the midst of a crippling financial crisis.

The economy would have been even worse if not for the country’s technology exports, which saw increased demand driven by personal computers and servers as the pandemic forced millions around the world to work at home.

-From The Associated Press and Reuters, last updated at 7:15 a.m. ET