Drake Batherson scored a pair of goals for the Ottawa Senators in a 5-1 win Monday over the visiting Calgary Flames.

With seven goals in his last six games, the 22-year-old Batherson matched the franchise record held by Jason Spezza for the longest goal streak.

Colin White, with an empty-net goal, Artem Anisimov and Thomas Chabot also scored for the Senators (8-15-1). Tim Stutzle had two assists in Ottawa’s fourth win in its last five games.

Matt Murray, who was pulled in Saturday’s 6-3 loss to the Flames, stopped 27-of-28 shots for the win.

Milan Lucic scored for the Flames (10-11-2), while David Rittich made 31 saves in his fifth straight start.

After White’s empty-netter, Chabot scored with Rittich back in net at 17:47 of the third.

Ottawa capitalized on a pair of Calgary mistakes and outshot the visitors 22-6 in the second period to lead 3-1 heading into the third.

Rittich put a clearing attempt on the stick of Batherson at the faceoff circle. The right-winger whipped the puck by the Calgary goaltender’s pad at 11:44 for his second of the game. 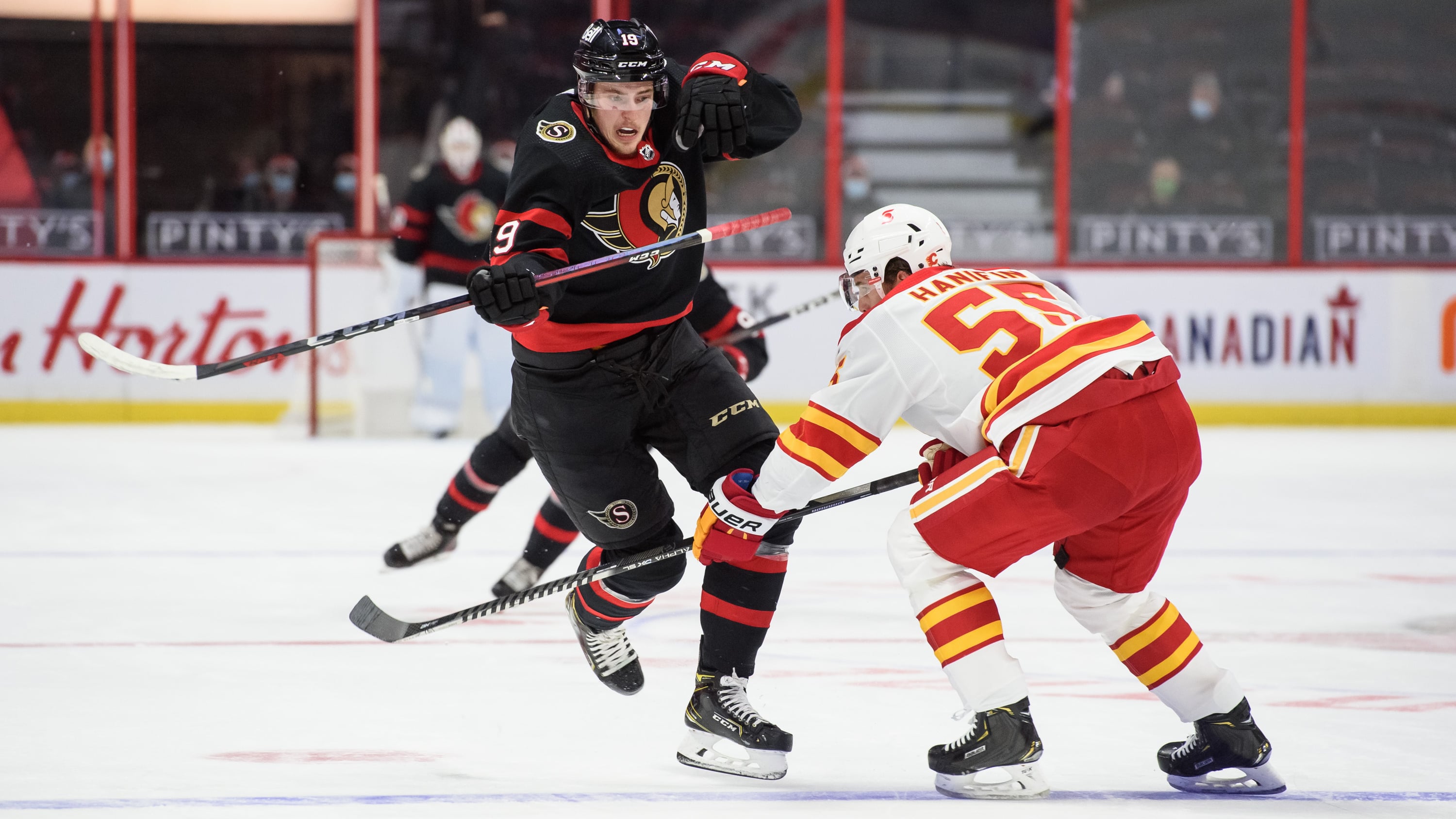 Lucic had just pulled the Flames within a goal scoring on the power play at 10:20. He collected his own rebound and his shot that went off a Senators skate slid by Murray’s outstretched pad.

Anisimov scored his first of the season at 6:22 off a Flames turnover in the neutral zone where Sam Bennett overskated a Lucic pass.

Stutzle dished to Anisimov, whose shot deflected off a stick and by Rittich.

The Flames outshot the Senators 12-7 in a scoreless first period in which both teams failed to convert a power-play chance.

Calgary’s pre-game warmup was adventurous. Defencemen Nikita Nesterov and Rasmus Andersson collided and went down near the blue-line.

A helmetless Sean Monahan took a puck to the face during warmup, but played in the game.

The Sens start their own six-game road swing Tuesday facing the Montreal Canadiens before heading to Calgary for Thursday’s rematch with the Flames.